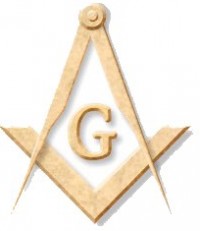 The way freemasons define freemasonry is "a peculiar system of morality, veiled in allegory and illustrated by symbols", but this does not really help unless you are already a freemason.

Freemasonry is a fraternal organisation, the principal object being fellowship, but one of the major things freemasons do is raise money for charitable purposes. Unlike organisations like Round Table and Rotary Club however the principal source of charitable funds is the membership themselves, not the general public.

When did Freemasonry begin?

We cannot say for sure, but the earliest recorded ‘Making of a Mason' in England is that of Elias Ashmole in 1646. Organized Freemasonry began with the founding of the Grand Lodge of England in 1717.

Where did Freemasonry come from?

There are two main theories of origin. The operative stonemasons who built the great cathedrals and castles had Lodges in which they discussed trade affairs. As there were no recognised qualifications or means to demonstrate that they were trained masons when they moved from site to site; they had a simple Initiation ceremony to prove the point.

The other theory is that in the late 1500's and early 1600's these operative mason's Lodges began to take in non-operatives as 'gentlemen masons' and gradually these non-operatives turned the Lodges into 'free and accepted or 'speculative' Lodges. Of these, a group was interested in the promotion of religious and political tolerance at a time of great intolerance when matters of religion and politics were to lead to bloody civil war. In forming Freemasonry, they were trying to make better men and build a better world.

The old trade Guilds provided them with the structure of organisation such as Master, Wardens. Treasurer and Secretary and the operative's working tools gave them a wealth of symbols with which to illustrate the moral teachings of Freemasonry,

Freemasonry is the UK'S largest secular, fraternal and charitable organisation and it is worldwide. This means that if you join a Lodge, you are entitled to visit any other recognised Lodge in the country or across the world, thus giving you an immediate circle of like-minded associates and friends. There are over 300,000 members in nearly 8.000 Lodges. and in West Yorkshire alone, there are over 200 Lodges having 7,000 members across the county

Is it a secret society?

No, it is not, but Lodge meetings are private and only open to members. just like many other organisations. Masons are encouraged to talk openly about Masonry and although certain parts of a ceremony are not disclosed, there is nothing else that cannot be discussed with anyone. Many Lodge meeting places encourage community events to take place in their venues.

Who have been Masons?

The list is far too long to lay out, but many Kings —the last was George VI, Princes and Dukes — the current Grand Master is HRH The Duke of Kent.

Prime Ministers and Statesmen such as Winston Churchill and George Washington; many leaders in business, in the arts, such as Mozart, Rudyard Kipling, Peter Sellers and John Wayne, together with those in the worlds of medicine, research, education and entertainment have been and are Masons. Current Soap stars, football and rugby players, Judges and Taxi drivers -there are no class barriers in Freemasonry.

You might care to ask yourself — if these people of quality were Masons, surely it cannot be anything but good? 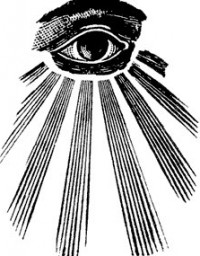 Is Freemasonry a religious organisation?

Freemasonry is not a religious organisation although there is a qualification for admission — the belief in a Supreme Being. There are all faiths and religions in Freemasonry but religion is not discussed and there is never a conflict. Contrary to some misconceptions, Roman Catholics have never been banned from becoming Freemasons and many are involved at the highest levels.

Similarly, politics is never discussed at a Masonic meeting and although membersare entitled to their views, the organisation will never become involved in any political matters, nor can it Influence any decisions of a political nature.

Do we look after our own?

Yes, and much more — Freemasonry is possibly the second largest donor to charity: the first being the National Lottery. It has Masonic charities that look after Mason's wives, children's education and their elderly and infirm, but these are funded entirely by Masons and no monies come from the public for these Masonic institutions.

It is possible that the Hospice movement would collapse without the help given by Masonry. Many other charities have benefited over many years from donations by Masons and their Lodges, especially in the areas of medicine, medical research and in the needs of children.

Freemasonry has now become very much a family orientated organisation and although wives and female partners cannot become Freemasons in the United Grand Lodge of England, many Lodges have a very social programme of activities involving their wives and children.

Should ladies wish to join Freemasonry, there is a separate Grand Lodge in England, exclusively for ladies. There are Ladies' Clubs, where the qualification for membership is to be a wife or partner of a Mason and where Interesting talks and social events take place.

In Yorkshire, Freemasons are very Involved with many charities, both nationally and in their local areas (like Air Ambulance for example), but they also take part in other activities such as sporting events: fishing, golf, go-kart racing, bowls, clay shooting and taking part in challenges that benefit charities outside freemasonry such as sponsored swims, walks etc.

Editorial note - Great thanks must be extended to Provincial Grand Lodge of Surrey, from whose literature this article has been prepared.

Freemasonry in Ilkley and area

There are two principal masonic centres in the area, Cunliffe Road in Ilkley and another at Westbourne House in Otley. Each centre has a number of lodges that meet at various days within the month and which have their own independent character.

In Lodge of King Arthur we pride ourselves in the friendly welcome we give to all our visitors, and whilst we maintain a very high standard of ritual in the formal part of our ceremonies, in the after-lodge "festive board", when we have a semi-formal meal,  proceedings are very lighthearted and we concentrate on what is recognised as the masonic mission statement – to join in fellowship and above all to enjoy ourselves.

The other two lodges that meet in Ilkley are Olicana Lodge and Ben Rhydding Lodge.

Olicana, founded in 1874,is the oldest lodge in the area and the "Mother Lodge", (i.e. sponsor), of Lodge of King Arthur and meets on the second Tuesday of each month between September and June.

Ben Rhydding Lodge which was founded in 1929 meets on the third Wednesday of each month between October and May.

An interesting two minute YouTube video by Sir Tony Robinson entitled "shedding light on Freemasonry" is available to view on our links page. 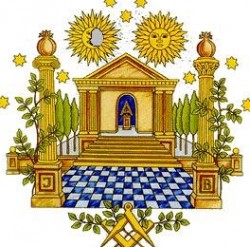 Made on my iPad